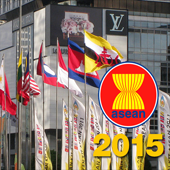 Regional integration is commonly regarded as a process by which two or more nation-states agree to co-operate and work closely together to achieve peace, stability, and wealth. The integration is made possible by one or more written agreements that carefully outline the areas of cooperation.

Over the last several decades, Asia has become increasingly integrated as a region. In effect, rapid macroeconomic development has been observed, driven by intra-regional trade and freer movement of people and capital across national borders. In the case of Southeast Asia, regional integration efforts were focused on intra-regional trade. To achieve this, various measures and adjustments were done to remove barriers to free trade and encourage freer movement of people, goods, labor, and capital within the region. Majority of these efforts were initiated by the Association of Southeast Asian Nations (ASEAN). 2015 marks a monumental year for the ASEAN given its target of a “single market” through the ASEAN Economic Community (AEC) blueprint. Additionally, there is also the Asia-Pacific Economic Cooperation (APEC) that facilitates further economic intregration. The 21 member-economies of APEC targets a freer flow of resources across the APEC region through more efficient customs procedures, more favorable business climates, and harmonization of regulations and standards. Now that the first quarter of 2015 is almost over, what is the current status of integration in the region? How is it changing the dynamics within the region? What are the challenges and opportunities, particularly for the Philippines, of the AEC? Find out the answers from studies contributed by the SERP-P member-institutions.

Regional Health Integration and Cooperation in the Philippines

How Ready Are We? Measuring the Philippines' Readiness for Digital Trade Integration with the Asia-Pacific

Managing Disruptions in the Age of Automation, Integration, and Reforms: A Situational Analysis of the Information Technology and Business Process Management Sector in the Philippines

Who Benefits from RCEP? Application of Trade Policy Tools

Deepening Solidarities Beyond Borders Among Southeast Asian Peoples: A Vision for a Peoples' Alternative Regional Integration