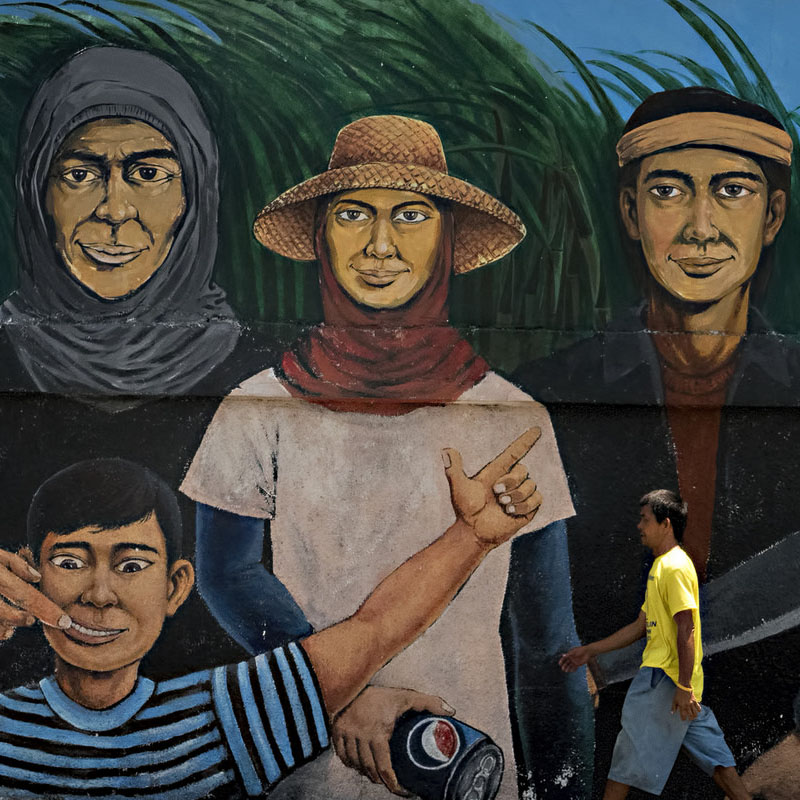 For 40 years of continuously deploying overseas workers, international migration has impacted on the Philippine society in many ways (Orbeta and Abrigo 2011). Although this received much more attention than domestic migration, the latter has also played an important part in the country’s transition to being one of Asia’s fastest-growing economies. Domestic migration--also known as internal migration--is defined as the “movement of people to another location within the same country” (Nguiagain 1986, p. 4).

Most of these domestic migrants moved from a rural area to the metropolitan—a phenomenon referred to as the rural-to-urban shift. This phenomenon affects national development and may result in rapid urbanization. The National Capital Region remains the top destination among movers from rural areas. The urban and rural areas offer different opportunities and attracts different types of migrants.

According to Quisumbing and McNiven (2006), female migrants outnumbered male with 53.1 percent and 37.8 percent, respectively. They also noted that the motives for moving among men and women are different. Starting a new job is the main reason why male migrants move to rural areas; this is followed by getting married. For female migrants, marriage is the main reason why they move to rural areas. Starting a new job is just secondary. Meanwhile, job security and better schools are the primary reasons why both male and female migrants move to urban areas (Quisumbing and McNiven 2006).

Furthermore, individuals who attained a higher level of education are more attracted to migrate in urban areas partly because young people move to further their education and find better job opportunities (Quisumbing and McNiven 2006; Pernia 1979). On the other hand, rural areas mostly attract individuals who want to engage in farming activities. Family-related decisions, such as marriage or proximity to relatives, are also some of the considerations why individuals opt to migrate in rural areas.

Quisumbing and McNiven (2006), however, said that it is impossible for all of these domestic migrants to get better occupations in metropolitan areas, and assure that they can send money to their families. In fact, most male migrants end up in manual labor, transportation work, or crafts and trades, which are low-earning jobs. In contrast, female migrants are more likely to have professional and managerial work. This demonstrates how migration becomes a strategy for the poor to escape poverty in rural areas.

Despite having permanent jobs and experience, workers’ income remains a contentious issue, as it is inadequate to support a family (Armas 1978; Aldaba 2000). Nguiagain (1986) suggests that economic structural change should be done to prioritize agriculture-related industries, which are more labor than capital intensive. He also believes that the educational system and its programs must be reformed: it must be more rural adapted rather that urban oriented, so that rural areas will not drain away young people and well-educated individuals.

The Socioeconomic Research Portal for the Philippines (SERP-P) provides related studies that attempt to explore issues on diaspora, remittances, and poverty (Pernia 2006], migration in the Association of Southeast Asian Nations (Orbeta and Gonzales 2013], forced migration (Fabian 2004], Philippine migration laws and regulations (Ambito and Banzon 2011], and international labor migration and remittances (Orbeta and Zosa 2009).

_______________
This issue of SIS was penned by Nadine Gillan H. Garcia, a communication research student from the Polytechnic University of the Philippines and a former intern at PIDS. The photo used for this issue was taken by Brian Evans under Creative Commons.

Final Report on the Monitoring to Determine the Compliance by the Domestic Newsprint Industry with its Adjustment Plan Pursuant to Republic Act No. 8800

Final Report on the Monitoring to Determine the Compliance by the Domestic Steel Angle Bar Industry with its Adjustment Plan Pursuant to Republic Act No. 8800

Beyond Business as Usual: Philippine Labor Outmigration and the COVID-19 Pandemic

Beyond the Shared Tears of Bangsamoro Women Migrant Workers: From Greener Pastures to Greater Accountability